It seems ages since i blogged, sorry all. It has been a busy couple of weeks though, Hall was a good comp to be at but i didnt climb too good and the problems felt really hard. Dave B put in a great performance to get in the semi final and finished an excellent 12th. After a great night out at the local drum a base club we headed back north to catch our flight to Reunion for round 4.
In Paris we managed to get in a couple of quick sessions, an early morning at Font the a visit to the cool Entrebloc in Paris before we had to catch our 11hour flight.
Reunion was hot, between 34 and 44 degres so day one was spent on the beach. 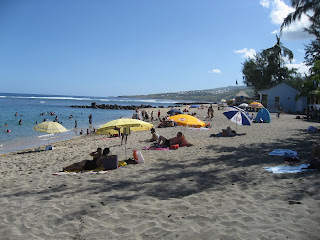 The next day rather than laze around Andy Earl, Dave Simmonite, Killian Fischuber, David Lama and myself decided to tick the highest peak on the island. Piton Neige at 3070m is no push over, with around 2000m of ascent and descent and an 16km round trip it was a fairly big day out. David suffered a little on the descent and at the comp two days later could only manage 11th. Meanwhile Andy Earl widely know for his hill walking legs took the comp by its horns and pulled out all the stops to win. I managed a enjoyable 7th and missed the final due to a silly mistake. 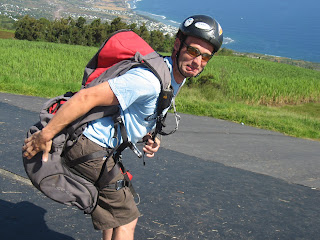 After the obligatary party it was time to holiday, canyoning, snorkling, bodyboarding, parapenting and a little bouldering, combined with probably the best run and friendliest comp ever this was an excellent trip and hopefully i will be back next year.