Well what a great weekend that was. First off it was a big surprise to get invited. I have always wanted to go to the Rockmaster just to see such a great and famous event in the flesh, to be part of the huge crowd sunbathing while the gods of the climbing world strut their stuff. 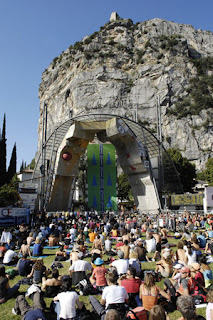 Getting an invite so late in the day was cool, it meant that i was just happy to be goin and that meant there was no real pressure.
The format here is worked problems. At 10am on Sat we got 80mins to work 4 boulders around the 7c to 8a mark. Afterwards we had a long long wait till the night time comp really started at 11pm. 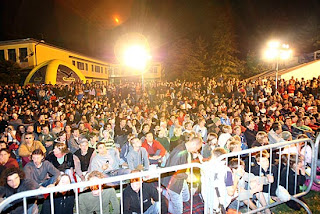 Problem one and two were more technical than powerfull and i thought i had a really good chance in linking these on my first go. 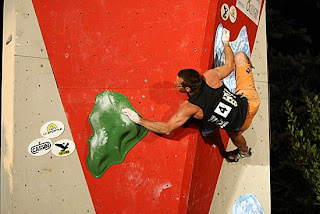 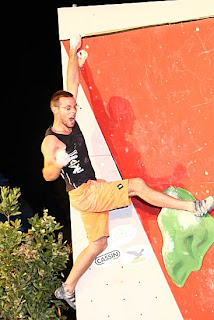 Problem 2 also went to plan and i found myself in the final 5 as this was an elimination event. Problem 3 i thought was goin to be my failing point as there were about 4 moves i had not done in the first session. Somehow i managed to send it on my first go making it into the last 3 and the final problem. 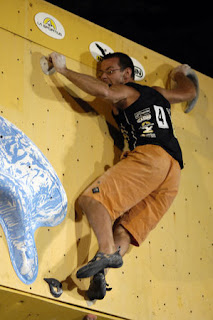 Screaming at the top of Problem 3

So then there were three! The podium places were introduced to the crowd and off we went. 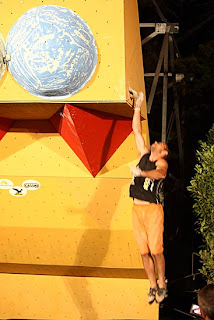 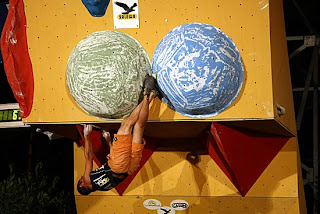 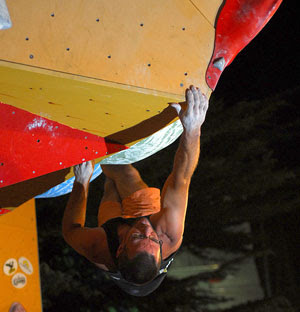 And the winning move!

All that was left to do was salute the crowd. 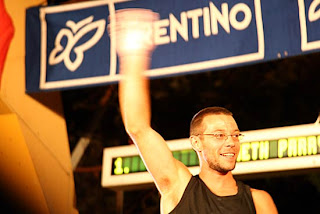 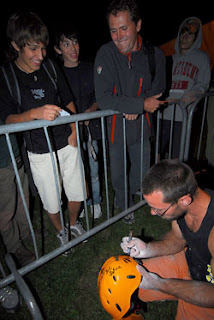 And get my medal. 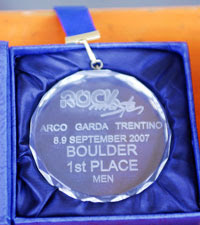 A bon weekend and i will be back next year.
Thanks to Alex Messenger,Torsten Wenzler and Giulio Malfer for the pics