To start with i will just catch up from the last week or so. Its now been 10 days since the BBC none of which i have climbed on. After a really poor showing in the final i have just had a bit of time off. The comp itself was fantastic and i had a really good qualifier but in the afternoon a sore bicep and the fact that i was feelin the pressure a bit meant that i didnt do the double this year.
I the mean time it has meant i have been able to catch up with some other stuff. At last i have started work on my boat and then plan is to be able to move in before the end of the month.
This weekend i was in Germany attending the Friedrichshafen trade show on North Faces behalf. 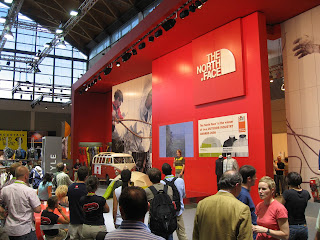 It seems that the idustry is really bouyant at the moment and everyone i spoke to was saying they were having a bumper show. It also gave me the opportunity to catch up with my other sponsors Five Ten and DMM.
Its all go now though for the next month as i am coming to the end of my prep for a 40 day trip to Trango Tower in Pakistan. I leave on the 26th August to attempt to free "The Eternal Flame" route on the Nameless Tower with the same gang i was in Madagascar with. For more info check out the Trango 08 website (Under Construction) and you will be able to follow our trip through Trango Blog. 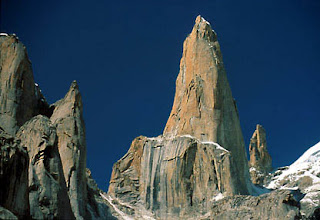