Well we are now on our third day of our Summit Series tour. The event kicked off with a fun boulder comp at the Castle Climbing Centre which was really well attended with over 100 competitors. The Castle put on an excellent show with a DJ, snacks and help setting the problems from Mike and Tricky the local setters. 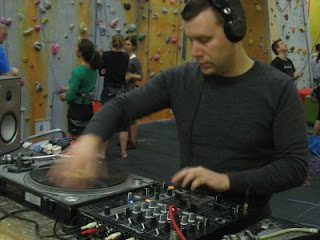 The mens event was decided with a three way superfinal won in fine style by Richard Willams. 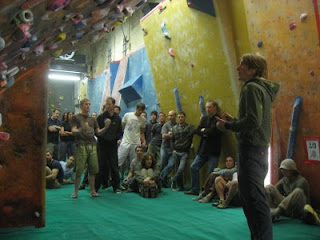 And as punishment for the looser we left the castle with an extra passenger on board, 2nd placed Yann from the Arch. 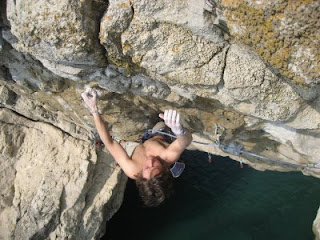 Yann on Mark Of The Beast

Our first classic 8a of the tour was the really cool looking Adrenochrome 8a at Lulworth cove. We arrived to a slightly damp crag so i warmed up on Mark Of the Beast and James got some chalk on the main event. After some beta from James i got on and flashed the route. James had less luck and after a couple of goes he let it go to preserve energy and skin for the 40 days ahead. I was really pleased with this as Adrenochrome has been a route i have wanted to tick for ages, the day was perfect, a flat sea, sun on the crag, a class route and a girl in a bikini being photographed on the beach!! 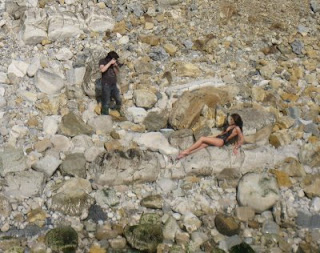 Who would have thought you could have so much fun in the UK. We finished the day off with Ice Creams and a sausage sarnie sat on top of our van.

Unknown said…
Sports and everyday the north face clearance life, heard so much a match within the company, because north face jackets of success out on the market.
13 March 2012 at 08:52