After a month in Spain I am back in the UK. This trip is going to be the longest since I left the UK in December. First up was a sunny few days in London. I am really beginning to appreciate the capital. I couldn’t ever imagine living there but it is a fantastic place to spend a few days. After a session at the Arch with Yann and Tyler we had dinner on the banks of the Thames watching the sun set over the river and sharing the wonderful weather with hundreds of others. After two days setting at the Castle I packed my bag for a whistle stop tour of Southern Norway. I had been invited out by Borre “The Bolter” to go and check some unclimbed routes prior to a festival in Skarvann. The routes will be offered to all climbers to try for a first ascent with the best performance taking £1000. The wall for the event is a full 40m, it is really fantastic, last years “final route” is now named “The King Of Bolting 8a+” and still awaits an extension. 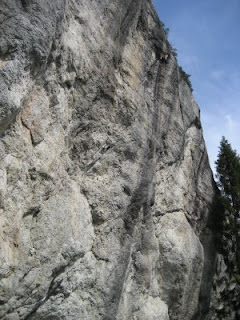 The amazing King Of Bolting climbs the long grey streak.

Borre is the King Of Bolting, he has developed loads of crags and bolted more routes that probably anyone else on the planet. A combination of the amount of time Borre spends bolting and not climbing and the lack of climbers in Norway means there are literally hundreds of projects all over the place. On my first day we visited a crag local to my fantastic host ex pat Mathew. Where I managed to bag a couple of first ascents. A nicely technical and almost grit like route I called Nuts at 7a+ and a bouldery 7b I named Crunchy. 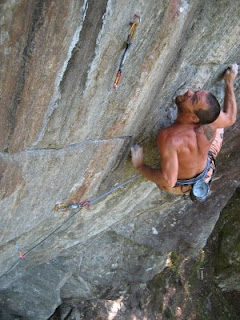 I finished the day with a repeat of the classic 7b called Pistachio which probably explains the names!!!

Norway is somewhere I had wished we had visited on the road trip. It is a beautiful country and full of fantastic leggy blondes. With tones and tones of rock it is definitely a place to be explored. Check out the Skarvann


Activity Park for Borres latest project not only is he bolting around 200 routes most of which await a first ascent he is creating a fantastic activity park for people to climb, hike, bike and walk in. 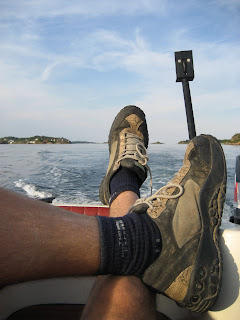