A route setting session too far!!

Sometimes we push ourselves to the limit and sometimes we go a little too far. My experiences of this feeling is fairly varied over the years.

- On Sighting Thormen's Moth as a warm up. Usually a bad idea but warming up on an 8a is an interesting concept. Thankfully the big holds, holes and general funky nature of this route make this possible. Prior to doing this I knew Ben Bransby had flashed it as a warm up, I also knew he was practically sick afterwards. After I clipped the belay and my body was feeling like it was about to explode I was lowered directly into a sitting position.......where I stayed for a good 20mins......someone else had to untie me. 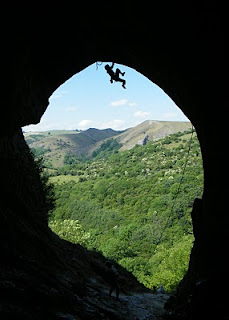 
-CWIFF 2010. As with any part of my climbing I like to put in 110%. When it comes to competition I can usually raise the bar and its more like 150%...maybe I just get a peverse kind of pleasure form huting myself on small holds. You all know there is a difference from pulling hard and really pulling hard. CWIFF 2010 was a massive day. Qualifier, Semi Final and Final meant a really long day, leaving the wall at 11pm after a lot of hard boulders is never a good thing for your general well being.

Video courtesy of The Climbing Works

-Trango 2008. On our final attempt to get high on the Tower. I left BC at midnight, walked up the death gully, climbed to our high point. I pushed on, climbing a pitch in essentially a white out with bare hands and rock boots. I left the ropes fixed at our high point and returned to the not so sunny sun terrace to a night of about -25 and more snow. We called an end to the expedition, stripped the gear and headed down. This time I was exhausted but obviously happy to be safe and sound. 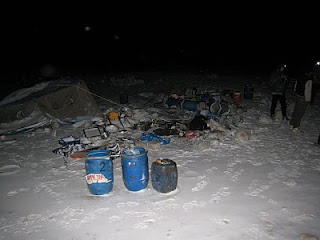 Base Camp after the Serac avalanche above the death gully.

-Renovating my house. When we bought our Costa Blanca house in 2009, we already had some clients booked into come and stay. So instantly we had a deadline to work for. It was summer and the work we had to do was hard. Days were long. During the day we could only do certain jobs. Concrete and cementing could only be mixed and used at night when temperatures were cooler. Every day was the same for around a month.....and we are still not finished. 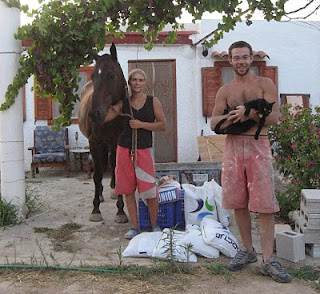 A break for the building of The Epic Adventures empire with Kate, Joe and Blacky.


-Working too hard. Twice in the past month I have managed to get ill. A few weeks ago I did 14 or so days setting testing and travelling back to back. Basically I did too much. I finished my trip off with a really hard Boulder Team Training session at Boulder UK followed by a sleepless night in Manchester airport waiting for a 6am flight!! When I got hime I was ill. In the 10 days I spent in Spain I managed a walk on the hills and one days climbing.
Thursday this week was my 7 day working in a row. Setting most days, including a day trip to Ratho, an evening lecture and some evening coaching. Yesterday I was destroyed, sickness and nausea. I felt like I could pass out at any moment as I arrived at TCA for my next job. As you can probably imagine I did not go to work today!!! Sorry Paul for letting you down. Its not so much the hard work, its a combination of the setting and testing combined with travelling. Long days turn into even longer days when you add in trains etc. Today has now turned into a well needed rest day. Thanks to Lisa and here sofa. Tomorrow i will be on fire again.

pascal said…
What you needed was the tripod of stability. When one leg goes weak the other 2 take up the slack. That way destruction can NEVER find you.
11 February 2011 at 15:59