So a new adventure starts today. I have just returned from a couple of great weeks in Greece. First up was a week in Crete. Inspired by the new inland Greece guide by Aris Theodoropoulus which also introduces the island of Crete and its climbing.

I had a whistle stop tour of 3 of its gems. Voulismeno Aloni, the stunning Tersannas Cave and the superb gorge of Agio Farrango. It is safe to say I will return. 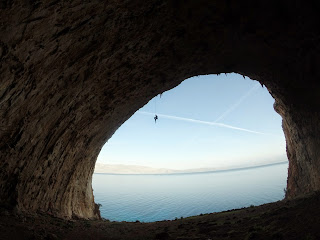 Lowering off in Tersannas Cave

Next up was our Positive climbing coaching week in Kalymnos. I joined Adrian Berry, Lucy Creamer and Simon "BFG" Rawlinson along with 17 willing and very able climbers for some great performances, fantastic sends and many barriers broken. 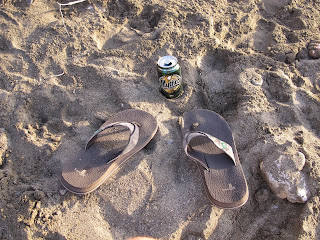 So the last two weeks brings me to here, Stanstead airport and a quick blog. I landed at midnight from Kalymnos and have a flight to Barcelona at 8am. From there we begin a long drive to my new house in Bulgaria with the Zoo. 3 horses, 6 dogs and a black cat. I feel like a child at Christmas, I have no idea what is in store but I am sure it will be fun. I haven't even seen my house, Kate went out a bought it a few weeks ago on a bit of a random mission.

For a little taster of climbing in Bulgaria here is a video from the 2014 Petzl RocTrip.

Vratsa is close to my house, with some nice sport caves even closer. Granite boulders in the mountains to the North and then limestone in Rumania. To the south is Greece, mainland limestone perfect for a long weekend and the adventurous Meteora. So much exploring.

The journey will take us through France, Italy, Slovenia, Hungary and Rumania. Time to check in.

Zara said…
I am really glad that I chose transporting a car to bulgaria for the delivery of my car because they have given me the service out of this world! Simply magnificent! Suggested to all!
18 July 2016 at 12:14

TATA INVESTMENT CORPORATION said…
Good day:
Do you need an urgent loan to solve your financial needs, we offer
ranging from $ 5,000.00 to $ 10,000,000.00 loan Max, we are reliable,
efficient, fast and dynamic, with 100% Guaranteed We also gives u credit
to the (euro, pounds and dollars.) The interest rate applicable to all
payday loans (3%), if you are interested get back to us via
[creationfinance00@gmail.com) with the information below:
Your full name:
Country:
Amount of loan
Address:
Duration:
Age:
Sex:
Occupation:
Phone number:
Thanks.
I await your urgent response.

M B Finance Services said…
Do you need Finance?
Are you looking for Finance?
Are you looking for a money to enlarge your business?
We help individuals and companies to obtain loan for business
expanding and to setup a new business ranging any amount. Get a loan at affordable interest rate of 3%, Do you need this cash/loan for business and to clear your bills? Then send us an email now for more information contact us now via Contact us via email: mbfinance.ltd@gmail.com
Website: https://www.mbfinanceservice.com
Phone number: +918099362729 (Call/Whats app)
25 December 2021 at 17:53